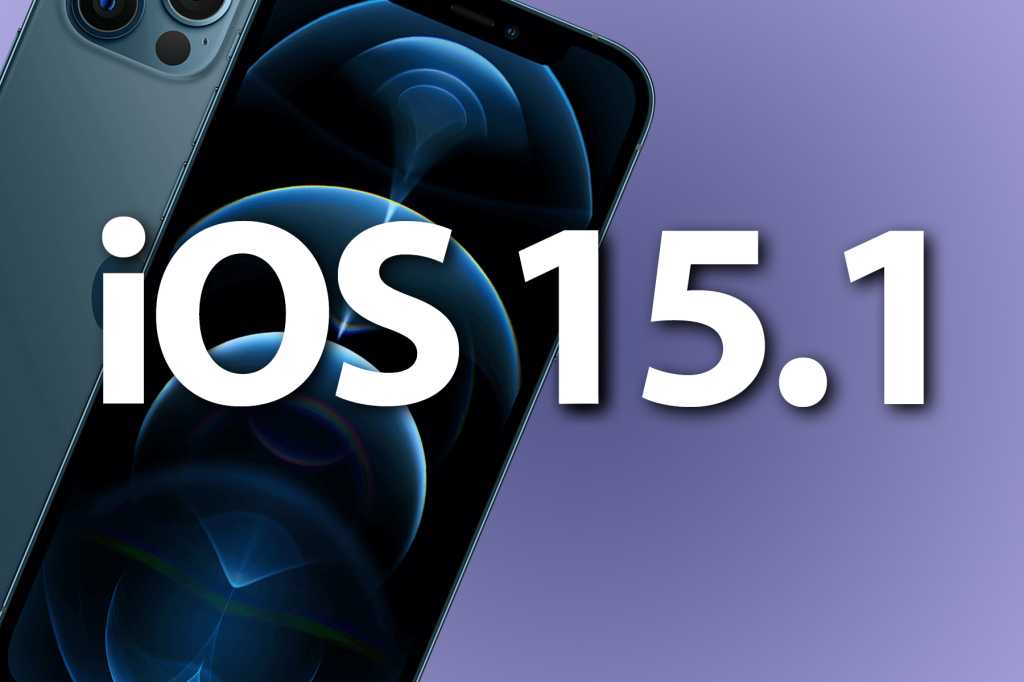 Just one day after the release of iOS 15 and iPadOS 15, Apple has begun beta-testing iOS 15.1. The first beta was released to developers on Tuesday, September 21. The public beta tests typically follow within a day or so.

The big addition in iOS 15.1 and iPadOS 15.1 is the addition of SharePlay. Originally scheduled as part of the iOS 15 launch, it was pushed back to a later software update. Apparently, we’re getting that sooner rather than later. However it’s possible that it gets dropped from the official iOS 15.1 release and pushed back again.

Updated 10/06/21: Beta 3 of iOS 15.1 has been released for developers. The public beta typically follows within a day or so. This release adds support for ProRes in the camera app on iPhone 13 Pro and Pro Max along with an Auto Macro setting to disable the automatic switch to the Ultra-Wide camera.

[For more tips, guides, and features about iOS 15, check out our iOS 15 Superguide.]

After getting bumped from the original iOS 15 release, SharePlay is back in iOS 15.1. SharePlay lets users watch videos or listen to music together with others on a FaceTime call, with content in sync.

With the iPhone 13 Pro and Pro Max, you can capture video in the ProRes format in the Camera app. The feature was added in beta 3 of iOS 15.1. To enable ProRes, open Settings, then Camera, and enable ProRes under Formats. ProRes is useful for editing, but it takes a huge amount of storage space.

You can now choose whether you want the Camera app to automatically switch to the Ultra Wide format when it gets close to an object. The Ultra Wide camera on the iPhone 13 Pro and Pro Max has a 2cm minimum focus distance and can get much closer to a subject while remaining in focus, but it’s not always the best format for an up-close shot. If this is disabled, you can take macro shots by switching to the .5 view in the Camera app manually.

Unlock with Apple Watch is fixed

The “Unlock with Apple Watch” feature that lets you unlock your iPhone with your (unlocked) Apple Watch if Face ID fails has been broken for many users on iOS 15. With iOS 15.1, it’s working again, provided you also have the watchOS 8.1. Apple released a small iOS 15.0.1 update that fixed this issue as well.

Apple previously announced that lossless audio support for Apple Music would be coming to HomePod in iOS 15, but after making an appearance weeks ago in the third iOS 15 beta, it disappeared. Now it’s back. The HomePod beta is invitation only, but 9to5Mac has confirmed that in the 15.1 beta you can find the option inside the Home Settings of the Home app, then tapping the Apple Music tab.

If you’re a developer, head to developer.apple.com/download/ on the device upon which you wish to run the beta. Once you log in, you’l be able to download a beta profile.

For the public beta, go to beta.apple.com on the device upon which you wish to run the beta. Hit the “Sign up” button and follow the steps to download the beta profile.

Once you have a beta profile downloaded, you have to enable it. Open the Settings app, then tap General, then VPN & Device Management. Select the beta profile and then enable it. You may need to restart your iPhone or iPad after enabling the profile.

Once the profile is enabled, open the Settings app and tap General, then Software Update. You’ll see the iOS 15.1 (or iPadOS 15.1) update and can install it.

I have written professionally about technology for my entire adult professional life – over 20 years. I like to figure out how complicated technology works and explain it in a way anyone can understand.