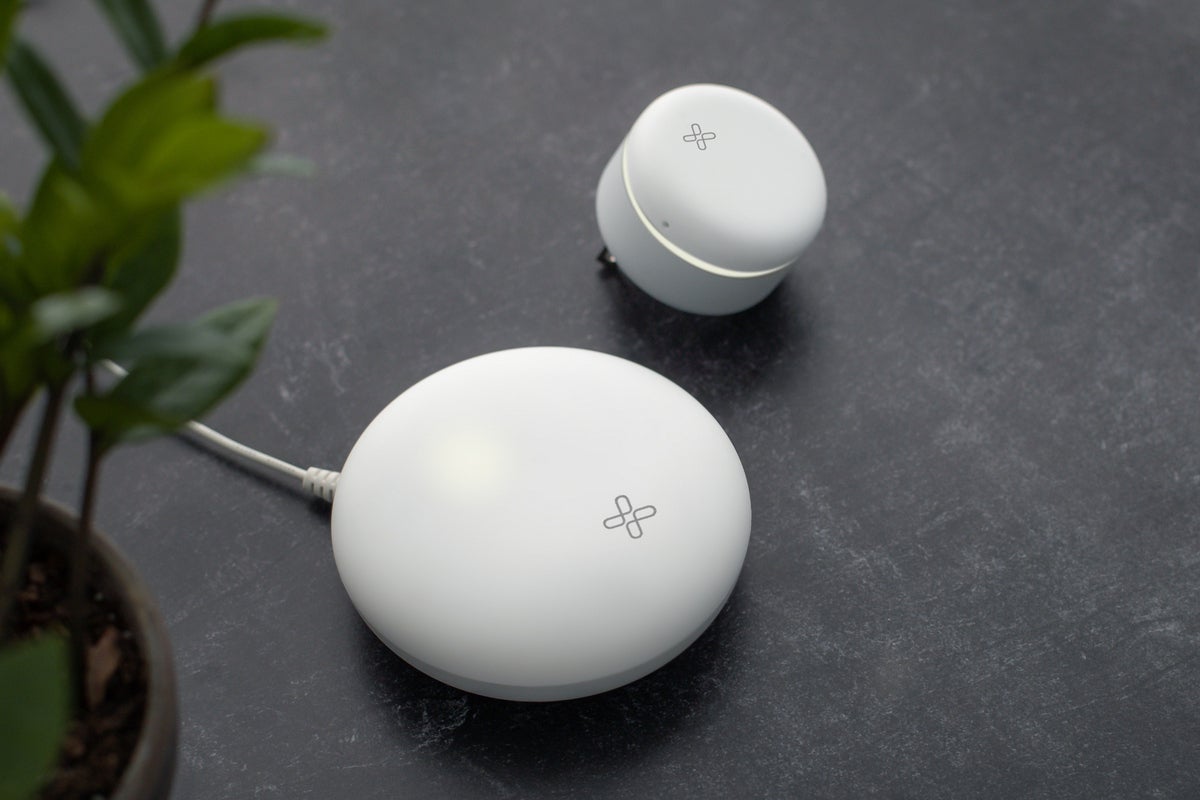 Origin Wireless says it has a better way of securing your home. Instead of mounting motion detectors, door/window sensors, and security cameras all over your home, Origin’s Hex Home Security system uses a single Hex Command hub and a Hex Sense plug-in sensor to analyze disruptions in your Wi-Fi network as people move around your home.

I first became aware of Origin Wireless at the 2020 CES, when the company demonstrated its technology as part of Belkin’s Linksys Aware initiative. Linksys continues to offer Linksys Aware as an optional service with its Wi-Fi mesh routers. Origin’s Hex Home can be used with any manufacturer’s Wi-Fi router, whether it be a single access point router or a mesh network device. The system monitors the radio waves emitted by your Wi-Fi network and calculates how those waves change as people move around the home and disrupt them.

When Hex Home system detects motion when your home supposed to be empty, the system will sound an 80dB siren in the hub unit and send an alert to the Hex app on your mobile device. The app can also report real-time motion levels and report historical motion data.

Like more conventional home security systems, Hex Home operates in three states, which Origin dubs Home, Away, and Vigilant. The system won’t send alerts or sound its siren while in Home mode, but it will do both in Away mode. Vigilant mode, the company says, is designed for times when you want to keep an eye on what’s happening in your home and you want alerts when motion is detected, but you don’t need the siren to fire off. Origin says Hex Home uses artificial intelligence to provide 10 digitally adjustable sensitivity levels to reduce false alarms caused by pets moving around the home as well as mechanical motion, such as a ceiling fan.

Origin plans to offer an optional professional monitoring service that will summon a police dispatch when motion is detected while the system is armed. The company hasn’t settled on pricing, but expects it to come in the $5- to $10-per-month range. As is typical, the monitoring service would attempt to contact you first, to verify the emergency before calling the police. If you can’t be reached, the police would be summoned to respond. There will be no provision for fire or medical response, since the system is not equipped to detect those kinds of emergencies.

The demo Belkin and Origin conducted in 2019 showed how Origin’s technology could do much more than just detect motion. It could also detect when a person fell in a home and even measure that person’s respiration after the event. Belkin is promising that its Origin-powered Linksys Aware program is destined to become accurate enough to distinguish between a person tripping and falling in the home and a person collapsing to the floor from a heart attack.

Origin says such telehealth applications are on its own product roadmap, but that smart assistant and similar integrations will come first. It will offer an API, for example, that enables the Hex system to trigger a security camera to record when motion is detected even before the camera’s own sensor is triggered, reducing the time it takes for the camera to wake up and capture an event.

The company says a bundle with a single Hex Command hub and two Hex Senses (which have integrated LEDs for pathway lighting) can secure up to a 1,500 square-foot home, thanks to the system’s ability to “see” through walls. The system will be available to purchase for $179.99 this spring. If you need to cover more square feet, additional Hex Senses will sell for $39.99 each.