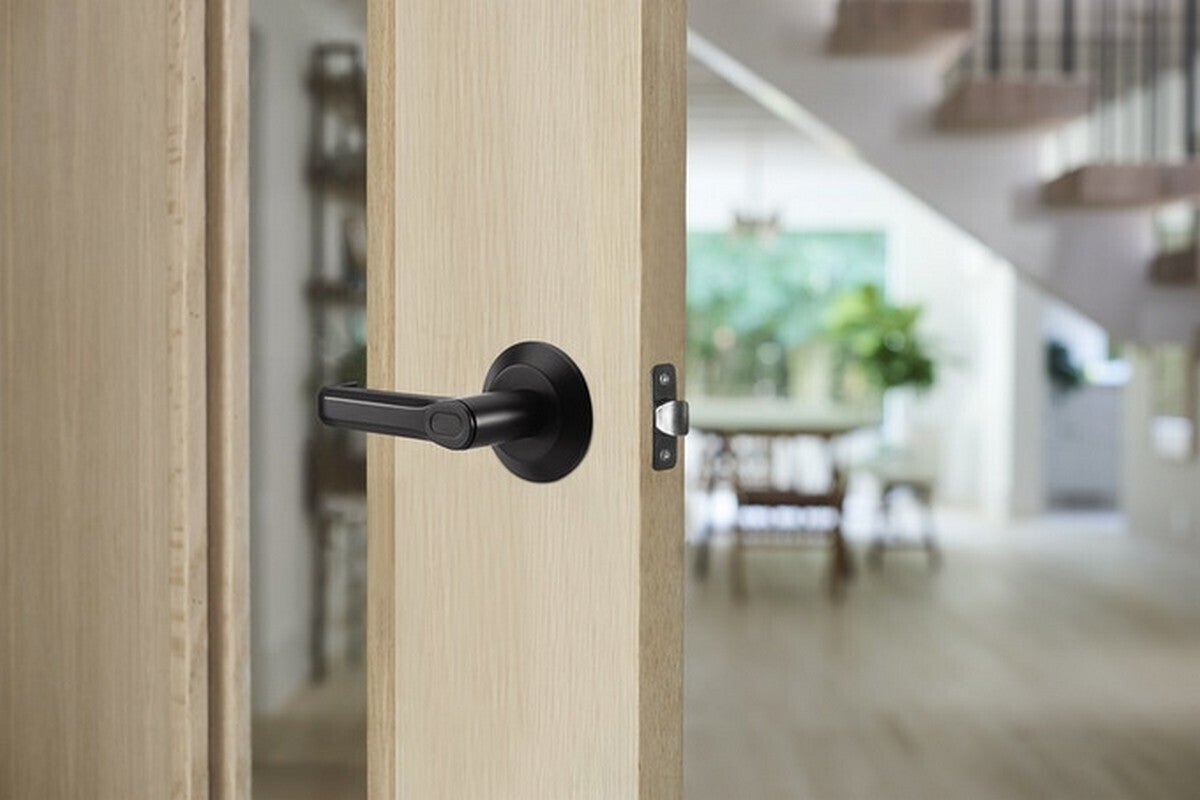 Fingerprint-reading door locks aren’t known for their affordability, but startup BrillLock is aiming to change that with this new system, which recently completed a Kickstarter launch with more than $30,000 in backing. Although it’s a crowd-funded project (without even an official website as yet), the lock was sent to me for review in its reportedly finished, ready-to-ship form. TechHive doesn’t otherwise cover Kickstarter products.

Before we dig into what it is and how it works, let’s start with a discussion of what BrillLock isn’t. First, it isn’t a deadbolt like most smart locks. Rather it’s a keyed, lever-style handle with a standard latch mechanism. The keyhole is secreted beneath a small cover plate, and the fingerprint reader can be found on the inside of the exterior handle; casual observers won’t be able to tell that it’s a biometric lock at all.

This review is part of TechHive’s coverage of the best smart entry locks, where you’ll find reviews of the competition’s offerings, plus a buyer’s guide to the features you should consider when shopping for this type of product.

Second, BrillLock is not actually a smart lock. There’s no wireless connectivity and no app to control it. Rather, all programming—which is limited to adding and deleting fingerprints—must be completed via combinations of touching the fingerprint sensor and holding down a small button found on the end of the handle.

BrillLock ships with some decidedly basic instructions, but none of them cover physical hardware installation. The good news is that figuring this out isn’t difficult. The latch attaches to the door via two standard wood screws, and the two escutcheons are bolted together directly. While the typical smart lock can require piecing together six or more components, BrillLock goes together with just three.

The unit is powered by a lithium-ion battery inside the mechanism, which is recharged via a Micro-USB port on the handle. It’s a lot more convenient than replacing AA batteries, but it probably means using a portable USB power pack to do the periodic recharging. BrillLock says the batteries will last for 3,000 entries between charges. An LED flashes red when the battery needs to be charged.

Despite the absence of setup manual, I had the lock hardware installed in just a few minutes and was ready to start programming it. BrillLock does include a small page of instructions on how to do this, and it’s simple enough once you get the hang of it. Hold down the button for three seconds, wait for a green light to flash, then scan your finger six times in a row. The first two unique fingerprints you scan are stored as admin fingerprints, which are then used to store additional fingerprints (up to 10 total). Deleting any fingerprint (through more button-hold operations) deletes all 10, so you’ll have to start over if someone moves out.

Registering prints was hit and miss in my testing. The reader had no major trouble with my first two scans, but additional prints were tricky to get registered without errors. I had similar problems simply using the fingerprint scanner in regular use. Sometimes the lock would open right away, other times it would refuse to recognize my print for five or six scan attempts in a row. It’s a sometimes frustrating system that will likely be a major issue for those who need this kind of feature the most: small children and elderly users who might not have access to a physical key. (Two backup keys are included in the box.) Note also that once you do get the lock to disengage, it automatically relocks quickly, within about five seconds. There’s no way to alter this behavior.

BrillLock’s hardware is sturdy, its design is unobtrusive, and at $75, its price is right (although that might change after BrillLock emerges as a regular retail product). If the scanning system was more robust, it would be an easy recommendation for folks who want to add biometric entry to their home—without the complexity of an app-based ecosystem. As it stands, it’s a little too erratic in operation to earn a strong recommendation.