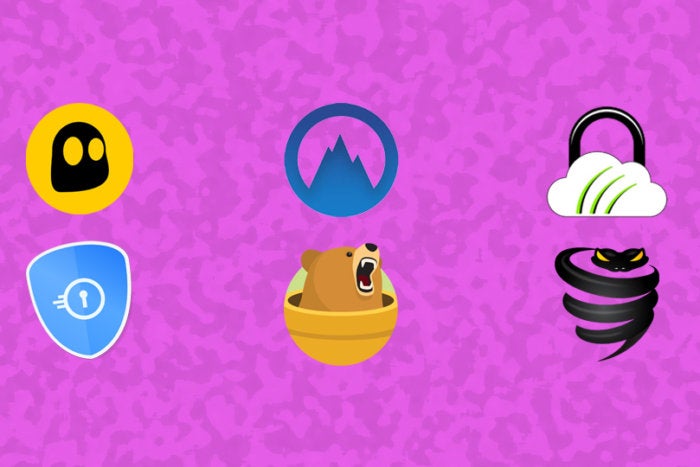 With the internet abuzz with privacy concerns and the potential changes coming to net neutrality, you’ve likely heard about virtual private networks, better known as VPNs. When used correctly, a VPN can greatly strengthen your online privacy, assist in keeping your personal information secure, and even spoof your location in the world—allowing you to access websites or services that would otherwise be off limits due to region-locking.

With the increased popularity of VPNs has come an increased number of VPN providers vying for your business. That makes finding the best one to suit your needs difficult. To help you sort out the right provider for you, we’ve committed to extensive research and testing of VPN services that cater to Mac owners.

If nothing but the best will do, check out our routinely updated list of category leaders.

Updated 1/22/21 to include our review of FastestVPN, a no-nonsense, easy-to-use VPN that probably won’t appeal to power users, but is a good option for new VPN users—so much so, that we’ve made it our official pick for newbies. Scroll to the bottom of this article to see links to all of our VPN reviews.

The best VPN services for Mac 2021

If you prefer to do your own shopping, we’ve got your back there, too: Each of the VPNs we test is thoroughly reviewed, allowing you to make an informed decision on which one to throw your money at. See complete summaries of our picks, and our full list of reviews below.

NordVPN is a compelling option for VPN service due to a well-rounded set of features and competitive pricing. The company is also branching out beyond VPNs to other key services including a password manager and desktop file encryption service.

It’s hard not to love NordVPN, and it remains our top pick for Mac users. If your main concern is maintaining privacy and as much anonymity as you can realistically achieve online, NordVPN has gone a long way to improving user trust in 2020. (Read our full review of NordVPN.)

NordVPN offers above-average data encryption to keep their subscribers’ data safe while tunneling. It’s got a large network of servers, too: over 3,000 servers spread across more than 60 countries, allowing you to spoof a wide number of locations and avoid server congestion.

Moreover, its software interface is easy to use, making even new VPN users feel like online-privacy experts. While it’s not perfect, NordVPN gets more right than any of the other VPN providers we’ve tested so far.

Best VPN for security/privacy on a Mac

Sweden-based Mullvad is an excellent choice for anyone whose top priorities from a VPN are privacy and anonymity. Mullvad makes it a point to not learn anything about you, with no email or password requirement. While it doesn’t offer any special features, this no-nonsense VPN is a solid choice.

Mullvad is the ultimate choice for users who want to remain as anonymous as possible online. Mullvad runs its own VPN network and wants to know as little about you as possible. Users don’t supply a name and email address to create an account, and you can even pay in cash if you like. The service’s privacy policy is also top notch. You won’t find any special features such as a promise to work with Netflix. Regardless, anyone who cares about privacy and anonymity should seriously consider Mullvad. (Read our full review of Mullvad.)

ExpressVPN is the fastest VPN we’ve tested so far on Mac. It also offers broad device support, Netflix compatibility, and helpful features for advanced users. The company is based in the British Virgin Islands and we’re not clear on who’s leading the team, which we’re not thrilled about it. Overall, however, it’s a very good service.

The latest version of ExpressVPN has by far the best overall connection speeds we’ve seen. Its performance in every major region we tested was excellent including Europe, the U.K., the United States, and Asia. ExpressVPN is expensive for a VPN, but you get a lot of value for that money. If you’re interested in connecting to zippy VPN servers located within the continental United States, ExpressVPN is the one to beat. (Read our full review of ExpressVPN.)

Fastest VPN for other countries

If you are interested in connecting to servers in other countries, we’ve found the following to be fast options:

AirVPN has a lot to offer power users, with detailed stats about the network, details about its protocol and ciphers, as well as per-server info including how many users are currently on the server. AirVPN also offers good prices and speeds, though we thought the desktop application wasn’t friendly enough for novices.

While VPN services are mostly foolproof, some users want a little more control over their connection. There are numerous VPN services that let you specify a VPN protocol or offer one-click double VPN connections. AirVPN does none of that, but what it does offer is clear information about its network at any given time.

This allows people to pick and choose between specific servers based on their current load, number of users on the server, or ping time. You could even monitor network trends to get an understanding of which connections will perform best at a given time of day.

For this reason, we think power users will be happiest with AirVPN. The pricing is reasonable and the privacy promises are what they should be. The desktop UI won’t win any design awards, but it does offer a large amount of information about each possible server connection. (Read our full review of AirVPN.)

FastestVPN isn’t the fastest, but it’s speeds are still good. It doesn’t have a huge network, but many of the popular countries are covered. It also makes the right privacy promises with a privacy policy that’s easy to understand.

This easy-to-use, attractive, and uncomplicated app is a great option for VPN newbs. In addition to its straightforward and uncluttered design, FastestVPN also offers good speeds and a sufficiently expansive network. It’s icing on the cake that its privacy policy is easy to understand and makes all the right promises. (Read our full review of FastestVPN.)

How we tested VPNs

For each VPN service we review, we conduct tests at three different times of the day: morning, afternoon, and evening, using Ookla Speedtest. We start by measuring the speed of our unprotected internet connection before testing the upload/download speeds of the VPN service. These tests are conducted to servers located in North America, the UK, Europe, Oceana, and Asia over an ethernet connection with a service provision of 100Mbps.

To test upload and download speeds, I closed down all background internet processes on my Mac, using TripMode. The only traffic on my system able to upload or download any data was Ookla. I used this setup to ensure that the numbers that Ookla produced were not stymied by anything else that my computer may have been doing at the time. The speeds Ookla captured were then averaged, providing us with a final numeric score.

I then used those scores to calculate a percentage of difference in speeds, which is what you’ll see in our reviews. Since internet speeds change constantly based on server load, how fast your connection is, and a gazillion other factors, we feel this provides a better picture of what you can expect from a service, on the whole, than merely quoting the exact upload/download speeds we encountered during testing.

Speed isn’t the only quantifiable metric that we look at. The number of countries that a VPN offers servers in, total number of servers worldwide, and how much it’ll cost you to connect to those servers on a monthly or annual basis are also taken into consideration when recommending a VPN service to you.

Additionally, we conduct hours of research into the VPN providers to find out who owns them, where they’re based, what they do with subscriber information, and whether the provider has a track record of questionable business practices.